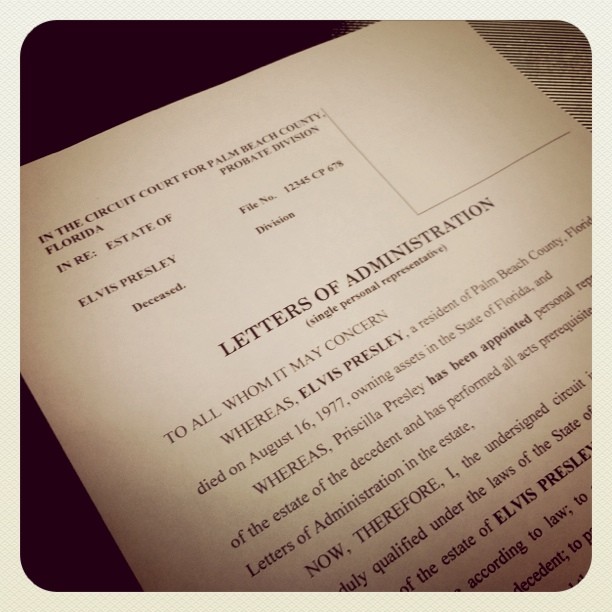 Now that you’re clear on what LOA’s are…

Way back in April of 2009, I wrote about the common mistake that banks make when they think they need Letters of Administration to release funds.

This hasn’t changed but I think it’s time I split some hairs to help folks understand when LOA’s are really necessary and when they aren’t.

Let’s approach this on a case by case basis:

1.  Do you need to know how much money is in the account?

If you answered YES, you won’t get that answer from the bank unless you provide LOA’s.   The bank can stay tight lipped until you present them with LOA’s showing that they have the authority to discuss the account with you.  Sometimes, you can sweet talk a bank rep into releasing a bit of information to you, but they are well within their rights (and corporate policies) to clam up if you don’t have LOA’s

2.  Do you need access to a Safe Deposit Box?

LOA’s can give you access to a Safe Deposit Box but you could also simply file a petition the court for an order to open the safe deposit box.  The problem with a simple order to open the box is that you won’t be able to remove any contents from the box and take them with you.  You would only be allowed to take an inventory of the box.  So if you find a bunch of cash in the box, you must leave the money in there until you actually have a court order distributing the cash to the intended heirs.

3.  Do you just want the account liquidated directly to the heirs?

4.  What if the bank is actually a brokerage firm holding investment positions such as stocks, mutual funds, etc.?

This is a bit tricky.  Let’s say the decedent had a brokerage account at a fictitious firm we’ll call Morgan Schwabb.  The account holds several stock investments which have not been liquidated.  In this case, securing LOA’s are the way to go because you need the authority under the LOA’s to order the closing of those stock positions.  In other words, if you want to sell all of the decedent’s stock in GOOGLE, you must be the authorized personal representative with LOA’s in order to make that call.

Still unsure if you need Letters of Administration?  Fill out my contact form and we’ll chat about it!